The SCENERGIES network seeks to engage other European small music venues, which will continue to share good practices for sustainable venues after the project ends. The SCENERGIES network will continue to be active after the project ends as the members will create synergies through more best practices exchanges and will serve as a community for small venues to help each other to remain sustainable in difficult times. If you are a small music venue in Europe and you wish to join our network SCENERGIES carries out the following activities:
Click here 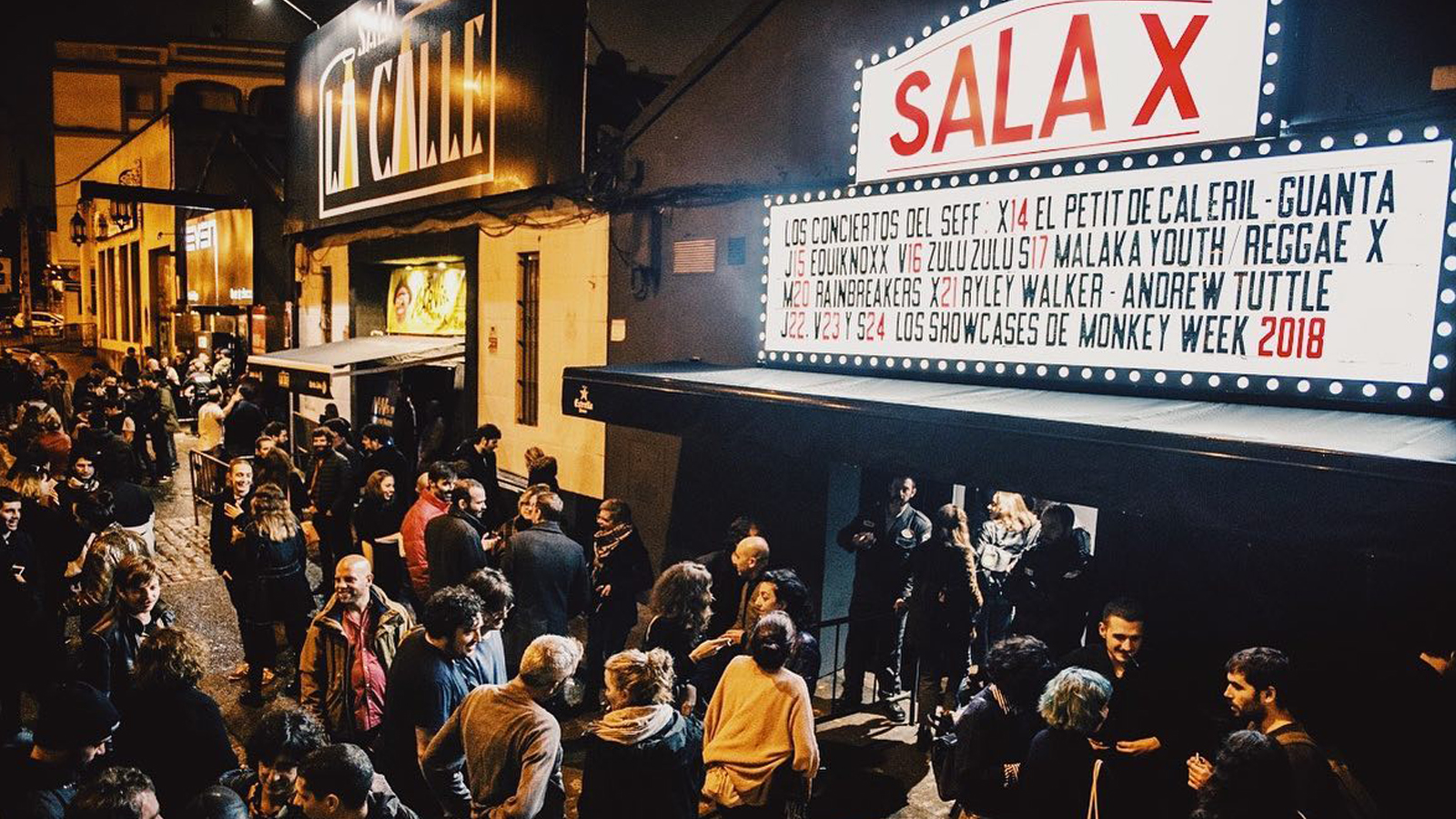 Rocknrolla Producciones y Eventos Culturales is a music company founded by musicians for musicians and the music scene. We started out with Sala X, the venue, as the company flagship activity but as we delved deeper in the business, we expanded the scope of our operations and now we can proudly say we have broadened our activities to include the organisation of music festivals, showcases, master classes and conferences. Besides, we are currently leading two European funded projects we designed and proposed to the European Commission through Creative Europe: TransEuropeCREATE! and Scenergies. Before the Covid-19 outbreak, we were running an average of five productions a week and, in 2019, we received nearly 18.000 people attending shows at Sala X. We have always merged both the quality of international and national artists with a consolidated career and local artists and emerging bands and this has not changed much through the years of the pandemic, a tough time we have powered through being open every day we have been allowed to; Months we have kept on booking shows, becoming the only place for local bands to perform, even with all the restrictions still in place.
WWW.LASALAX.COM
Facebook-f Instagram 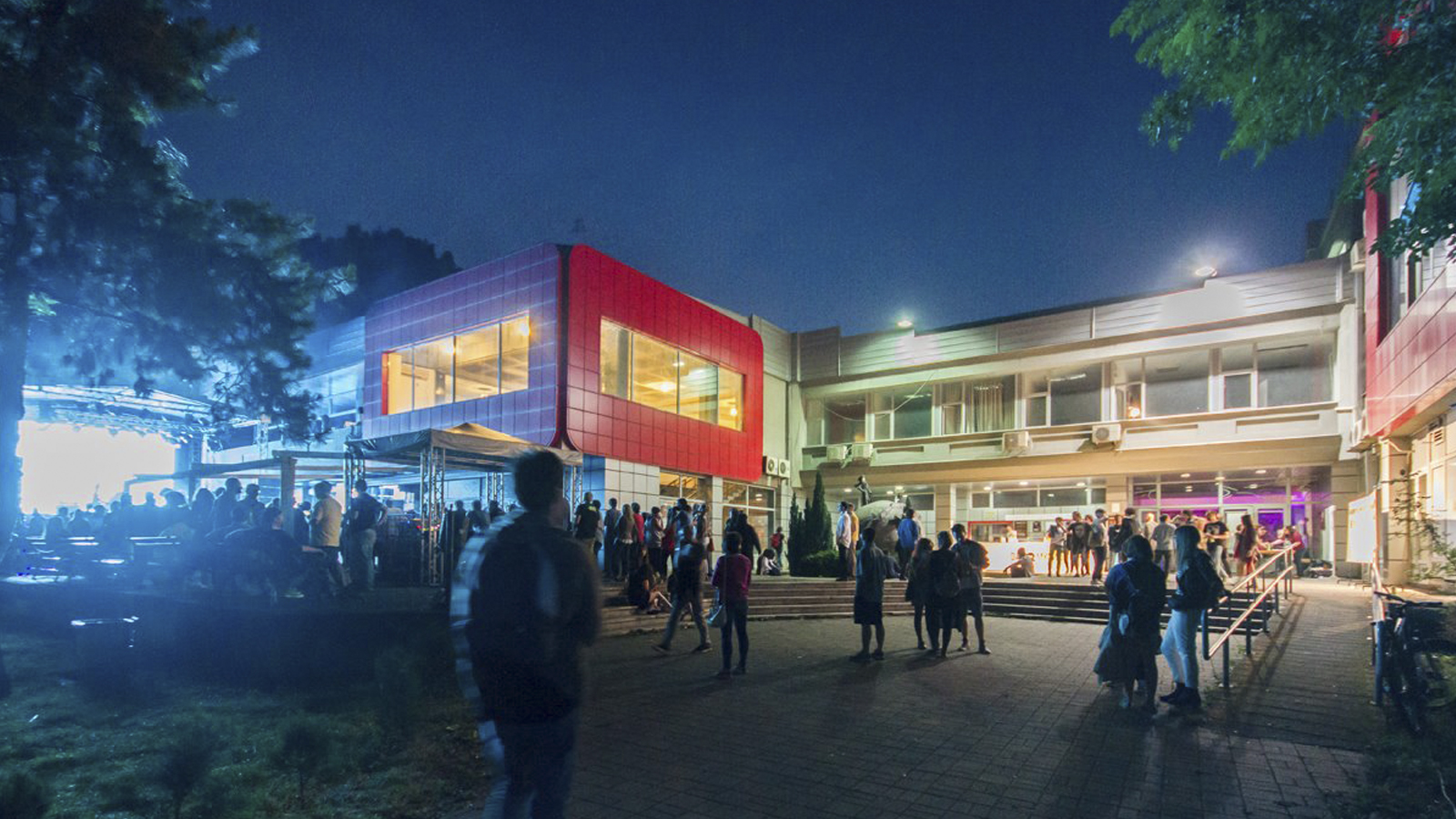 MKC is a public institution operating in the cultural sphere since 1972. MKC exists in order to produce, stimulate and promote fresh artistic productions by domestic or international artists as well as to enable the links between them. Besides the annual program of more than 250 events, MKC is the organizer of three international festivals: MOT International Theater Festival, CINEDAYS Festival of European film and ZDRAVO MLADI music festival.
MKC.MK
Facebook-f Instagram 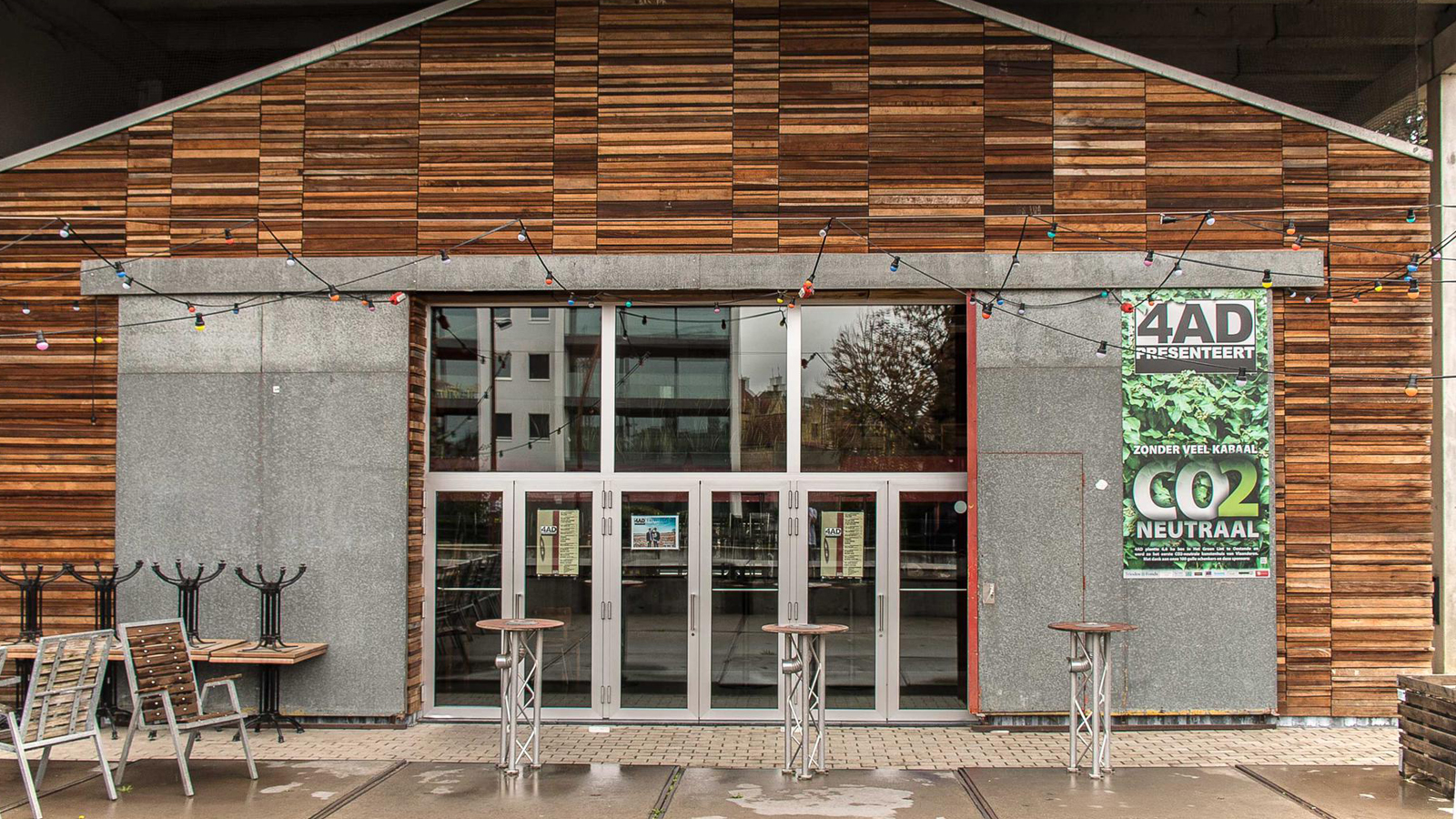 4AD has been a unique cultural biotope in Diksmuide, Belgium since 1988. Besides concerts, the club also hosts films, exhibitions, theatre, literature and workshops. Its rehearsal and residency infrastructure meets the needs of musicians. 4AD is a socially engaged venue with a strong ecological profile. 4AD offers a stage to bands from all over the globe. The club brings exciting programming, often venturing off the well-trodden paths, as well as a myriad of genres and nationalities with a strong focus on non-Western music. 4AD hosts many residencies and long term rehearsals. The club has its own onsite accommodation, right next to the venue. The 4AD-hotel can accommodate 13 people and has a kitchen, a garden and a large day apartment. The building is also accessible for disabled people. Artists can work autonomously and in all peace 24/24 and 7/7 in the sound-proof venue or in one of the 3 rehearsal rooms. 4AD is proud to be one of the ecological pioneers within the Belgian and European cultural sector and regularly gives workshops or lectures on the topic.
WWW.4AD.BE
Facebook-f Instagram 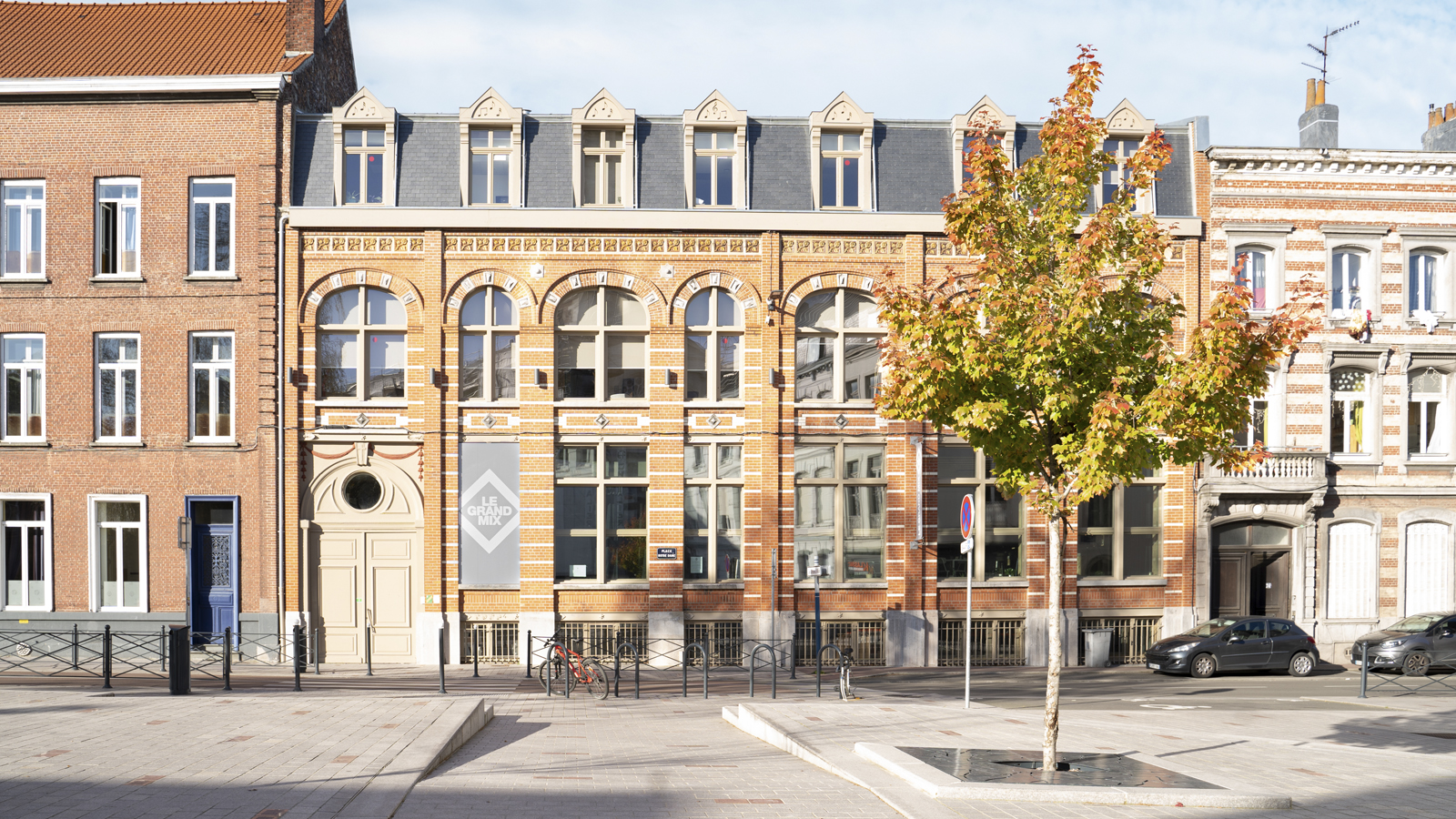 Le Grand Mix has been based in Tourcoing (northern France) since 1997. It has 2 stages (capacity: 330 and 630 people), a restaurant and a music studio. At the crossroads of Europe, the place promotes indie music with international and local groups, festivals and concerts for children. The line-up is quite diverse, with pop, rock, punk, rap, electronics or world music!
In addition to live concerts, the association is also involved in community work and carries out projects with schools, social structures, health establishments or prisons. Finally, sustainability and European cooperation are also important pillars of Le Grand Mix project.
LEGRANDMIX.COM
Facebook-f Instagram 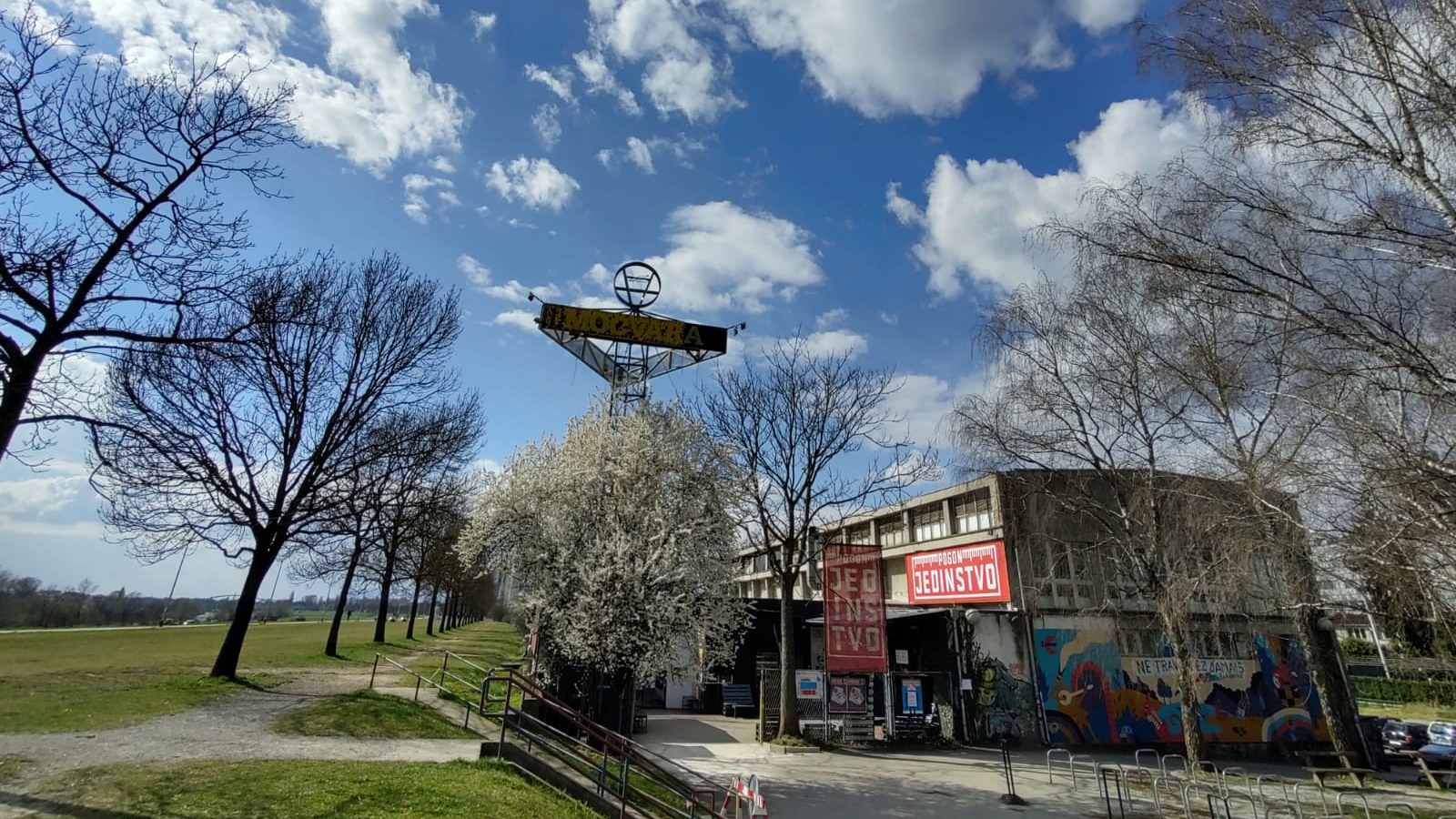 Club Močvara and its parent non-profit association – Cultural Development Association “CDA” (in Croatian: Udruženje za razvoj kulture “URK”) have striven for more than twenty years to create a breeding ground for the nation’s independent cultural scene, to be a key driving force behind numerous creative projects and to guide us through the hidden, ever-changing, colourful world of alternative culture. CDA was founded in 1995 in Zagreb, Croatia, with the goal to rebuild the cultural landscape torn apart by war and political apathy. In 1999 CDA opened its own cultural venue in an old industrial space adapted for all kinds of cultural events – club Močvara (eng. The Swamp) with a diverse program including concerts, exhibits, plays, literature, film and workshops. Our mission is to encourage the creation of various artistic programs and the development and visibility of alternative culture, to actively involve young people in cultural and civil initiatives and to develop new models of cultural activity outside the existing institutions.
MOCHVARA.HR
Facebook-f Instagram